How Students Can Deal with Adult-Sized Stress

Although testing found that Todd had a mild attention disorder, the main causes of his academic underachievement appeared to be (a) avoidance of stressful academic work and (b) reliance on pot to manage the anxiety and depressive symptoms that resulted from uncompleted assignments, missed classes, and failed expectations.

Although Todd was a college student, he still had an adolescent brain, which continues to mature well into the mid-20’s to early 30’s.

Recent research has been emphasizing the creativity and adaptive power of the rapidly developing adolescent brain. Indeed, if we look at the creativity of young artists and musicians and the startling accomplishments of mathematicians and scientists in their early twenties, we can see that the young brain is not just a “work in progress.” 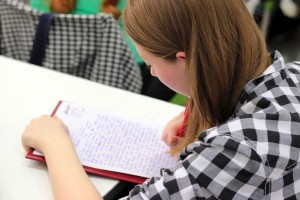 At the same time, because it is still developing, the adolescent brain is more vulnerable than the adult brain to the effects of chemicals, including drugs, alcohol, and stress hormones. Adolescents are more easily stressed than adults, and the effects of chronic stress are etched more deeply in the developing brain, often with long lasting consequences.

It is thus troubling that contemporary teens appear to be experiencing unprecedented levels of stress and stress-related mental health problems.

The vicious circle of stress and screen time

Jean Twenge’s comparative research has found that today’s teens and young adults are 5 to 8 times more likely to report symptoms of depression and anxiety disorders than young people did at the height of the Great Depression, during World War II, or during the Cold War.

Moreover, a recent survey conducted by the American Psychological Association found that teens are reporting adult levels of stress, apparently related to a number of sources, including chronic sleep deprivation and heightened academic pressure. 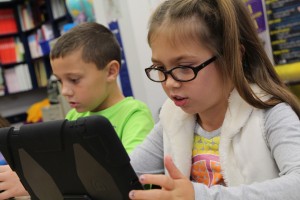 According to a recent study by Yahoo! In collaboration with Carat Interactive, Americans teenagers and young people aged 13 to 24 spend an average of 16.7 hours online every week, excluding email time. Television time comes in second place, with an average 13.6 hours per week spent in front of the TV.

Technology use also plays a key role in creating stress for contemporary  adolescents, who are “wired 24/7,” because “screen time” is an important risk factor for both physical and mental health problems.

Scientists are calling for more “unplugged down time” in which kids can “de-stress” and connect with themselves. Teachers are also calling for antidotes to the mind scattering, mind racing, and mind numbing effects of non-stop use of technology. Todd learned TM shortly following his evaluation in my office (after waiting the required 15 days to get marijuana out of his system).

Almost immediately, his sleep improved, and within three months his anxiety diminished, his mood improved dramatically, and he was choosing to use meditation (rather than pot) as his main stress management tool.

When Todd returned to school several months later, he felt that he had a secret weapon that allowed him to handle the academic and social pressures of college better than most of his classmates. He also found it much easier to make healthy lifestyle choices, and he is currently very successful in his education and career development.

Todd is not an isolated case.

Teens and young adults are increasingly turning to meditation as a tool for stress management and/or personal growth, and when young people meditate, it works.

Given the current state of mental health in adolescents and college students, all the arrows are pointing toward the importance of meditation as a way for teens and young adults to increase their focus and mental clarity, to minimize anxiety, and to tune-in to their peaceful and powerful core.

Dr. William R. Stixrud is a leading clinical neuropsychologist and Director of The Stixrud Group, a DC-based organization specializing in neuropsychological assessment of children, adolescents and adults with learning, attention, social and/or emotional disorders.

Dr. Stixrud is a frequent lecturer on the subjects of neuropsychological assessment, learning and executive disorders, brain development, motivation and TM’s effect on stress, sleep deprivation and technology overload on the brain.

Find us on Facebook  Twitter Linked In
Visit Dr. Stixrud’s Organization
Hear Dr. Stixrud Speak more about the effect of TM on our brain

This article was first published on the David Lynch Foundation blog